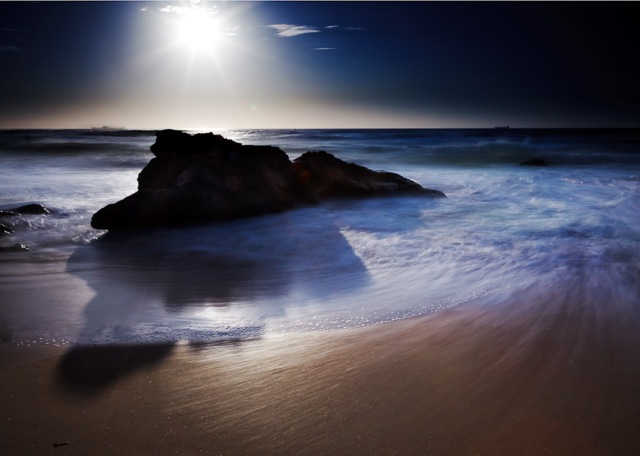 River bank on the Snowy River

If a tree falls and nobody is there to see it… 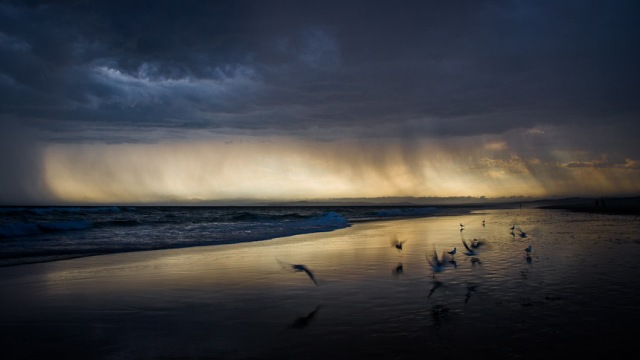 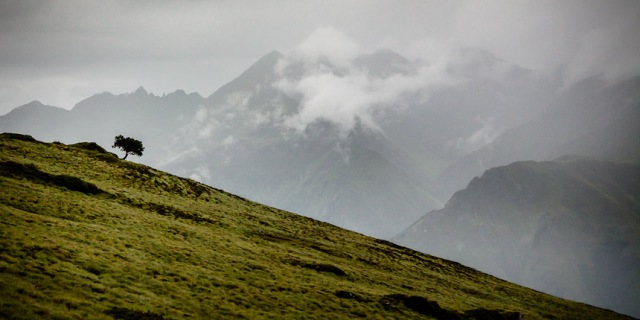 A lone tree on the slopes of the French Pyrenees 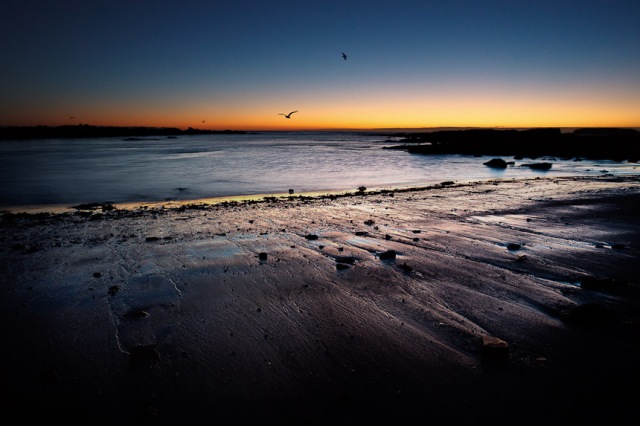 A large swell over the Bogey Hole, Newcastle

Ship (and cloud) off Redhead Bluff.

The sky was particularly clear of clouds last night so I made a point of checking before dawn whether it was still that way. At the moment I am after a “pure” look to the horizon so that the pre-dawn glow stands alone.  I was a bit late getting to the beach so only managed a few images before the sun rose and I think that if I had been 20 mins earlier the glow would have been more saturated and higher above the horizon; another day perhaps.

Here is my favourite.

Why do I like this? A few reasons. A have in interest in the horizon; how it marks that boundary between earth (or sea) and sky but at some times it is distinct, like on a perfectly clear day, and other times it is not, like here with a little sea haze and the dawn glow blurring the line a little. I like the diffuse light and colour that occurs on the horizon at the start and end of the day. And I like the reflection in the wet sand after a wave retreats which makes that boundary between sea and sky even less distinct; imagine if you turned that part of the scene upside down and just looked at the reflection. As I have done below. As for the ships, well I don’t know whether they add to the image or not; they give it reality but then is that what I want?

I do find myself going for the long exposures in this sort of image without being able to say why, so I did an experiment.  A series of shots at 1/5 second, then 1.5 secs, etc. up to 30 secs. Essentially there is little difference between 1.5 secs and 30 secs except that at 30 secs there is increased risk of a wave in the foreground blurring out the reflections. This image shows on the left 1/5 sec and on the right 13 secs. If my aim is to express all the things I talked about about then the waves just draws too much attention away from those other things; it becomes a picture of the sea and not the things I saw when I was there. 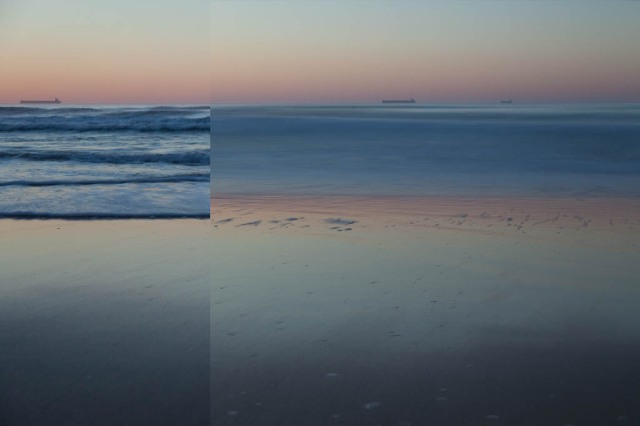 Something else which I find myself drawn to is capturing change in an image. Not motion, although the distinction is vague, like that of a wave or a passing car, but the more gradual changes like those of clouds passing overhead or my current project, the shadow of the earth rising.  The sort of thing that cannot be captured with just a longer exposure time.  That will be the subject of a future post.

Got up at 5 am on Tuesday to try out my new streaky cloud technique on Redhead Beach. Heavy clouds with light shining through as the sun rose, but they were moving too slowly to make effective streaks so I resorted to just capturing the beauty of the scene.  The image with the light reflecting from the sand is reminiscent of some of the marvellous images of Murray Fredericks and if you didn’t see his Salt exhibit at Lake Macquarie Gallery then you should, its on again soon in Sydney – details and an image gallery here.